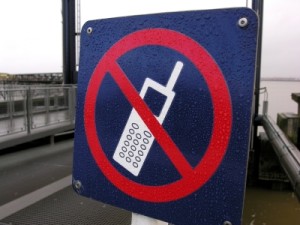 On January 3rd, 2012, Truckers Will be Banned from Using Handheld Cell Phones

The cell phone ban goes into effect on January 3, 2012 and will impact an estimated 4 million drivers nationwide, according to the U.S. Department of Transportation.

Groups within the trucking industry have expressed mixed reviews of the new federal rule prohibiting commercial truckers and bus drivers from using hand-held cell phones while driving. The new rule was announced jointly on November 23rd by the Federal Motor Carrier Safety Administration and the Pipeline and Hazardous Materials Safety Administration. The rule is part of a push by Department of Transportation Secretary Ray LaHood to sharply reduce distracted driving.

The full text of the rule is available online. In summary:

The new rule found some moderate support in the industry. In a brief filed during the rule’s public comment period, the American Trucking Association (ATA) said it generally supported the ban on hand-held cell phones and encouraged federal regulators to pass a similar rule outlawing hand-held cell phone use for noncommercial drivers as well. The ATA’s suggestion does have some logic because most highway accidents are caused by non-commercial drivers and not by professional truckers. However, the explanatory portion of the rule explains that the department’s authority is limited to that authority given by Congress, and Congress has not given the DOT the statutory authority to regulate the use of cell phones in non-commercial vehicles.

While the ATA offered some support, the association “strenuously objected” to the employer liability provision, calling it an “unrealistic and inappropriate shifting of the law enforcement burden to motor carrier management.” The ATA argued that “drivers are not always under direct supervision, and it would be extremely difficult and, in fact, unrealistic for a carrier to enforce such a requirement. This is especially true when drivers use their own phones that are neither provided by nor paid for by their motor carrier employers.”

In contrast to the ATA, the Owner-Operated Independent Drivers Association (OOIDA), which represents some 152,000 independent drivers, has strongly opposed the ban, arguing in its public comment brief that “cell phone use is no more distracting than other types of communications and electronic equipment used regularly by truckers.” OOIDA has also criticized other bans on cell phone use by truckers because the bans ignore the realities of the trucking industry. GPS-enabled mapping software for cell phones and laptops often serve the same purpose for an owner-operator as a Qualcomm does for a company or fleet driver. Yet, use of Qualcomm is not banned, while use of a hand held cell phone for the same purpose is banned.

The website Business Insurance published an article discussing the position of many of the players in the trucking industry on the hand-held cell phone rule. The article cites Joe Rajkovacz, director of regulatory affairs for OOIDA, stating “This is politics trumping reason and common sense” and that the FMCSA unfairly characterized statistics on distracted-driver accidents as attributable solely to commercial drivers to build support for the rule. Echoing his organization’s brief, Mr. Rajkovacz said it is unlikely that the ban would, in and of itself, produce any measureable effect on the frequency or severity of distracted-driving accidents. “It’s throwing truckers under the bus,” he said. “It’s regulating for pure posture and no net effect.”

Business Insurance also quotes Craig O’Connell, with Lexington Insurance Company, stating that “It’s probably going to be a game changer for the industry if it can be enforced.” However, when asked if the ban could be effectively enforced and whether it would reduce the rate of accidents and insurance rates, he said “We’ll have to wait and see on that.”

Business Insurance also cites experts explaining that the ban could have unanticipated safety consequences. The language of the new regulation only instructs drivers to pull over and park their trucks to use their hand-held phones. Dan Smith, safety and security director for USA Truck Inc., explained “It’s a potentially dangerous situation where you’ll have truckers trying to re-enter highway traffic at 30 or 40 mph under the speed limit. What concerns me is that in order to not break one law, you’ll have drivers breaking two others, and there’s no less danger involved.”

What do you think about the hand held cell phone ban? Is the rule fair to truckers? Does the law unfairly target truckers? Will the rule prevent highway accidents? Let us know what you think. We would love to hear what you have to say.